Endgame in Destiny is only just the beginning. The first thing that happens is the Solar System map opens like the below, adding new options and difficulty. 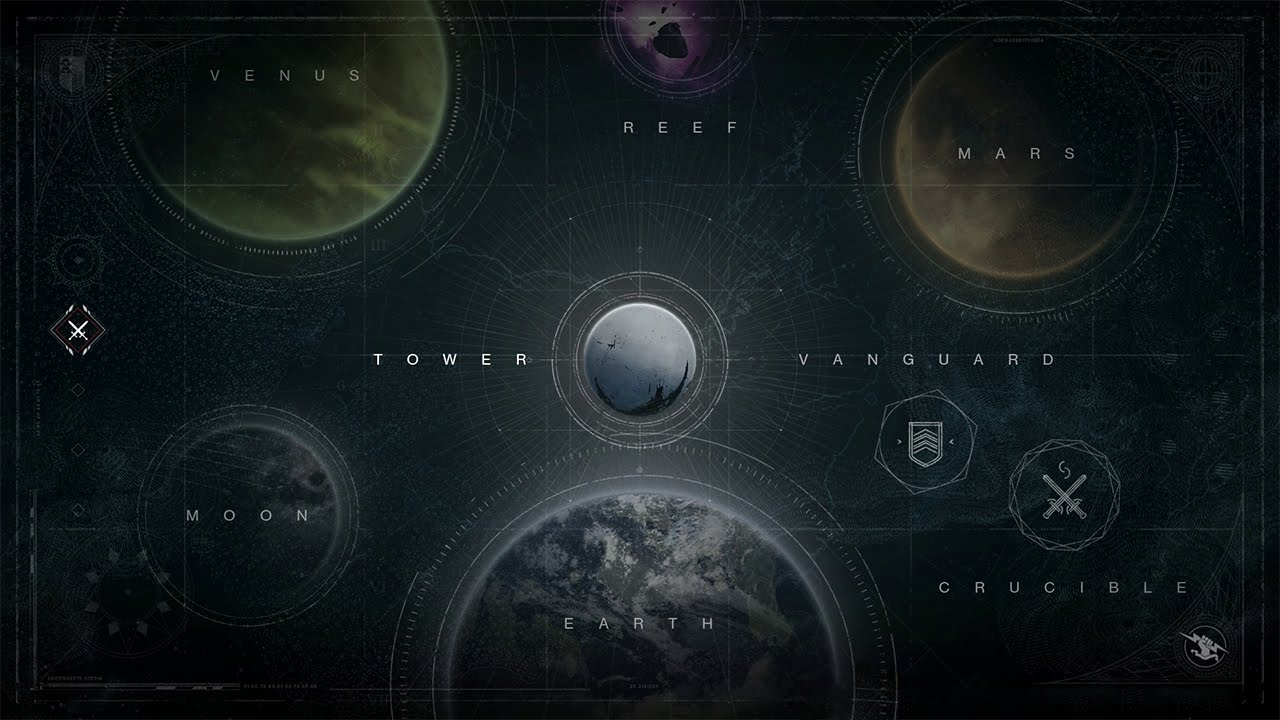 Daily Heroic Story Mission : A story mission is set for the day at level 20, usually with some modifiers, so expect some tough enemies. Rewards are XP and Vanguards marks. Setting the difficulty to lvl26 or lvl28 will get you ascendant shards or energy, 1 for lvl26, 2 for lvl28. Can only be done once a day.
Weekly Heroic Strike : One of the the strike missions in the game at level 22, 26 and 28. Rewards again are Faction XP and vanguard marks. Fireteam only, no matchmaking. The first succesful raid also gurantees strange coins. 3,6,9 depending on the level you take. It's 9 max, so if you do the 22 first you get 3, then do the 28 you'll only get 6.
With the Dark Below DLC, there
Weekly Nightfall Strike : A level 30 version of the weekly strike with modifiers, usually enemies with stronger shields, take more melee damage, ammo juggler etc. It's tough but you're pretty much guranteed a good reward at the end of it from 9 strange coins, to legendary\exotic engrams etc. Like the weekly, the rewards can only be gotten once a week.
Vanguard Strikes : 6 strikes, selected randomly from the strike missions in game. Missions are at lvl 18, 20, 22, 24 and 28 respectively. Vanguard rep and credits are your reward. (Playstation players have 2 extra strikes.)
Mission Difficulty : There's many more levels of difficulty now on the story missions. Higher level enemies can drop better items and there's better rewards at higher difficulties.
Raid Missions : A 6 person raid mission. Level 26, tough mission but great rewards. Currently the Vault of Glass. Fantastic for Ascendant shards\Energy and a great chance of legendary or exotic drops, while the new Dark Below dlc that has been launched recently has its own raid that you can find on the moon, called Crota's End Raid, completing the new raid has a good chance of dropping new raid armour that can get you to level 32 you can also get , new raid weapons, radiant shards, radiant energies and an emblem called Crota's end.
Exotic Bounties: Bounties that when completed will award the player with Exotic Weapons. You'll get the bounties from

You've finally reached level 20, so what next. Guess what?, level 20 is not the only cap as you can level up through armour "Light Points" to level 32. So buy those level 20 guns and you finally get to find out what those strange items you picked up throughout the game are for. Below are two materials you will start needing a lot more, in addition to what The Dark Below DLC contributes and other materials.
Strange Coins
and
Motes of Light
. There are certain vendors and factions that hold special Exotic Gear for your character and allow you to participate in the game's Raids more effectively. Be aware that these vendors or factions only have armor that goes up to +33 Light Points for each slot so that you are forced into getting Raid Gear in order to be level 32.

((THIS PAGE IS A WORK IN PROGRESS, PLEASE ADD YOUR TIPS AND INFO!))