Vault of Glass
Raid Loot
Location:
Strategy&Details:
The Vault of Glass is a six-man raid in Destiny, located on Venus. It features multiple bosses and has the highest difficulty of any content in the game. 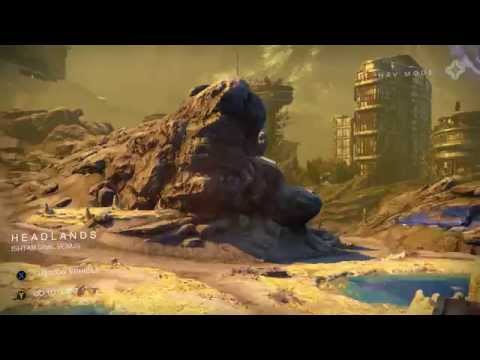 Something to remember: if you die, you have to wait 30 secs before anyone can pick you up, meaning dying is harshly punished
Part 1: the entrance : there are 3 locations that need to be activated (they only need to be activated, not stood on and only can be captured by the Praetorians). There are 4 spawns, and the three locations can each be attacked by 2 of the spawns. The higher location can snipe the lower area and the mid area can roam and help the other 2 areas. This is considered the easy part and shouldn't take too long with good teamwork and effective skill usage. After this there should be a path that leads to a chest and then another path that leads to some platforms leading to the next part which is a fairly large platform.

Part 2: Oracles and the Templar: 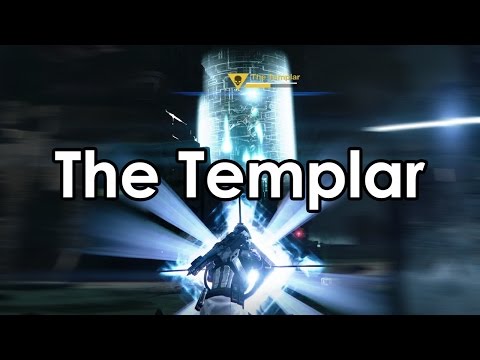 Part 4: Opening the Throne of Glass
You will see a Gatekeeper (a large hydra) and a large number of major goblins and hobgoblins. You will need to kill them to activate the time portals on the left and right sides of the map. After the death of the enemies, the portals' activation pads will begin. You will need to capture and hold them one at a time while a portion of your team enters the portals and grabs a shield from inside. The group in charge of holding the portal will be fighting goblins, hobgoblins, and the occasional Praetorian. If they lose control, the team inside the portal will be unable to rejoin the fight and if a certain period of time goes by without reclaiming the portal, the party will wipe.
The team that goes inside will have to fight a miniboss. The left side (facing the Throne of Glass) has a Precursor Gatekeeper, Precursor Minotaurs, and Precursor Goblins. It is typically referred to as Past, Old, or Brown. The right side has a Descendant Gatekeeper, and Descendant Hobgoblins. It is typically referred to as Future, New, or Green. Once the Gatekeeper is destroyed, the gate team will be marked and their vision will disappear slowly. You will need to grab the shield that spawns at the back of the Throne and use the grenade slot ability (a shield) to cleanse the taint. Then you will run out of the portal with the shield-bearer last. If the shield-bearer exits before another player, that player will be stuck in the portal.
After gaining one shield, a conflux appears in the middle of the room and will be attacked by minotaurs attempting to sacrifice themselves to it. It will need to be defended while the other gate is cleared. The shield-bearer cannot enter the second portal but the second gate team will be constantly tainted and need to periodically run out to be cleansed. After the second shield is brought out of the gate, you will need to destroy the mobs that spawn until the shields disappear. You will receive loot and a checkpoint after the shields disappear.

Part 5: Atheon, Time's Conflux
Atheon is the final boss of the raid. It is a giant Vex axis mind and its weak point is the stomach. Periodically, during the fight, it will teleport the 3 farthest members of your team into one of the time portals. That group will need to destroy 8 oracles while using a shield to deal with the taint while the team outside deals with Supplicant harpies and opens the portal for them. After the last oracle is killed, it will say "Guardians make their own fate" and you will gain a massive (5x or so) damage buff for 30 seconds as well as full Super energy. The entire team needs to get out the portal and pummel the boss with everything they have. After the buff wears off, Atheon will teleport another group (following the same rules) into one of the portals. Repeat until the boss dies, though if you get through 5 portal runs, the boss will enrage.
After Atheon dies, you will receive the mission complete message as well as your last loot set. 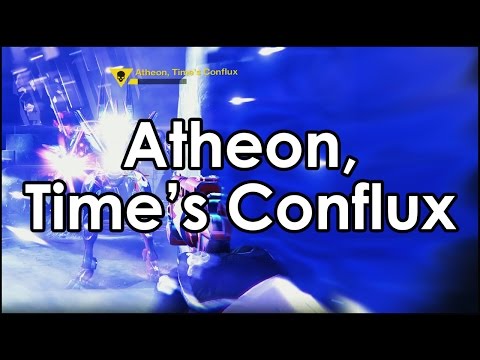