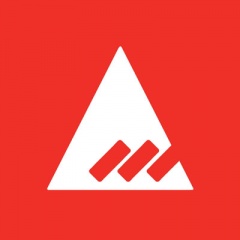 New Monarchy is one of the factions players can join in Destiny. This faction is attached to the City and will do all it can to bring back the Golden Age. You can gain rep with this faction by purchasing a Class Armor item from their Vendor Executor Hideo, equipping it and completing Patrol missions, Crucible Matches and missions from the Strike Playlist. You will not receive either Vanguard or Crucible rep with one of these items equipped and you must be level 20 to equip these items.

" In pursuit of the City's safety, our jurisdiction is unlimited."

" What rules us is our service to the greater welfare of the city."

The New Monarchy is a strong believer of Law & Order. Their sole objective is driven by a need to bring back the Golden Age upon the City and rest of the Earth. Holding little faith in the strength of the city's governing powers, New Monarchy has made it their task to watch the watchers, or in this case, the Speaker, along with the Vanguard, and the Consensus. It is their goal to ensure the development of a strong leadership that will properly guide humanity on a steady path to a new Golden Age.

The Seven Tenets of the New Monarchy


1. To secure our walls against the enemy without.
2. To secure the rights and liberties of every upstanding citizen.
3. To sponsor the sciences of the City, and to salvage the ruins beyond, so that our Golden Age might be reborn.
4. To support the Guardian Orders by leading the City in technological innovation.
5. To support the natural harmony of the City, and to actively dissuade any group or individual that might disrupt that harmony.
6. To hold all individuals, compacts, and alliances to the highest standards of productivity and right behavior.
7. To, by vote of the Consensus, abolish the Consensus, and transfer ultimate power, in order that the rights and liberties of all citizens be secured, to a single sovereign of unimpeachable character.


The New Monarchy gathers adherents in the Tower, and arms them well for the Crucible.