The 3 classes in Destiny are Titan, Hunter and Warlock. Each class has two subclasses that further specialize the players role and abilities within the game. Each class has one unique armor slot. 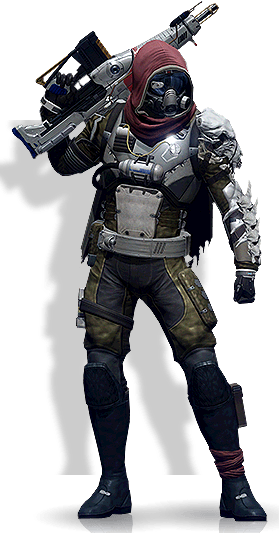 
Hunters are a Guardian class with specialization in stealth and sniping. Their armor is a mix of armor and cloth with hoods and capes factoring heavily into their design. Long ranged, speed and covert class also capable of wielding a personal ghost. Hunters are lightly armored but highly offensive. 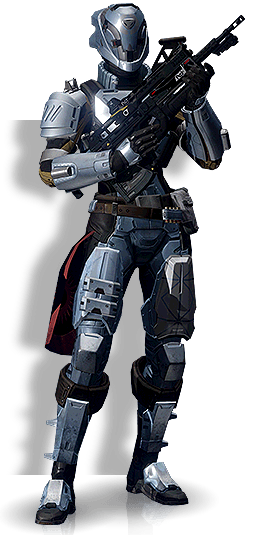 
Titans are a Guardian class, and are the heavy assault class choice. Their armors consist of metals and are the class most capable of overwhelming force. Able to wield a personal ghost, they can push their way through most obstacles. Titans are strong at close quarter crucible maps as well as pve missions.

Main stats: Strength and Intelligence, Discipline only for situations were close quarters is not viable. 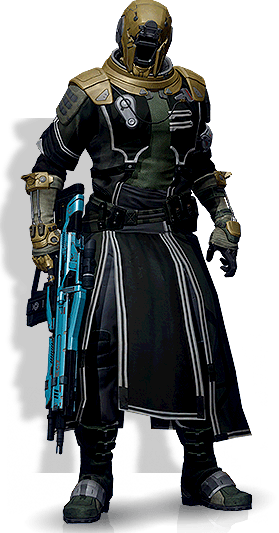 
Warlocks are a Guardian class. They specialize in the Traveler's powers and are similar in concept to mages. They have team buff and regeneration abilities and like the other two classes, wield a personal ghost. Warlocks feature a dark mask, with mostly cloth armor.